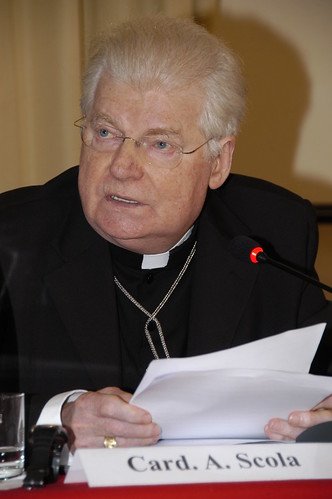 Europe, face veils and a Catholic view of a Muslim issue

The French National Assembly begins debating a complete ban on Muslim full face veils in public next week and could outlaw them by the autumn. Belgium’s lower house of parliament has passed a draft ban and could banish them from its streets in the coming months if its Senate agrees. The Spanish Senate has passed a motion to ban them after a few towns introduced their own prohibitions.

Calls to ban “burqas” — the word most widely in Europe used for full veils, even if most full veils seen are niqabs — have also been heard in the Netherlands and Denmark. According to a  Financial Times poll,  the ban proposal also “wins enthusiastic backing in the UK, Italy, Spain and Germany”.

Only a tiny minority of Muslim women in these countries actually cover their faces, but that doesn’t seem to matter. That Switzerland has only four minarets didn’t stop Swiss voters from banning them in a referendum last November (and maybe banning veils next). There seems to be a movement to ban religious symbols that Europeans either reject or fear.

Is this the best way for Europe to deal with the veil? Should governments just introduce ever tougher policies and Muslims counter with increasing opposition?  Is there another approach that could offer a more harmonious outcome?

Cardinal Angelo Scola, the Roman Catholic Patriarch of Venice, thinks there is. His beautiful city of canals and gondolas might not be the first one would think of when discussing Muslim integration in Europe, but his Oasis Foundation there has been working with Christians and Muslims in the Middle East since 2004. His extensive contacts in the region have led to some ideas he thinks could be relevant for Europe.

First of all, Scola thinks bans are not the way forward.  “One risks radicalising the problem rather than resolving it,” he told Reuters. “The problem would be more adequately dealt with in the normal workings of civil society rather than by a law… One must obviously separate religion and politics, church and state. But one must recognise that religions have a public dimension.”

Muslim countries in the Middle East have seen a resurgence of Islam in recent decades, he said, with increased emphasis on the unity of the Ummah (Islamic world) and importance of visible markers of Muslim faith such as headscarves.

This has led some European Muslims to stress Islamic values and traditions over common European concepts such as the separation of church and state. “In pluralist societies, if this distinction between the religious and civil dimensions is not upheld, the universality of the Ummah can become a problem” he said.

“I think we Christians have tools that come from our history and traditions that one can use to approach this question. Christianity is universal, but the split between the spiritual and social dimensions was clear in principle since the beginning. Especially since the Second Vatican Council, we have been able to live out this universality while respecting the civil, cultural and social dimensions of different countries. We live like citizens among other citizens in loyalty to the pluralist society like in Europe. I think this is the problem of Islam today. It plays out a lot in Europe, where their presence now is massive. There is a  continual confrontation. “

Apart from “burqa bans” Scola also thinks Europeans miss the point when they say Muslims in Europe have to develop a so-called “moderate Islam” which many Muslims see as an outside effort to shape their faith to conform to western norms. Rather than trying to influence the religion from the top down, he thinks Europeans should start with Islam as it is lived by the majority of Muslims day to day. With their centuries of experience living side by side with Muslims, Middle Eastern Christians could teach Europeans an important lesson.

“For example, we should stop talking about “moderate Islam,” which is an empty term. In reality, there are only a few individuals or little groups of  intellectuals who interpret their faith in a way that is called ‘moderate Islam.’  But this is not the expression of the people’s faith.  As the Christian churches there see it, one can operate a dialogue with the Islam of the people. In this sense, our strength is that we know these situations well and see what we can apply here to build a democratic society  in which Muslims can really integrate while respecting their religious affiliation.”

The Enlightenment and the modern era forced the Catholic Church to radically rethink its approach to freedom, Scola said. At the Second Vatican Council, it found ways to help Catholics “live a pluralist society as citizens among others, working for the common material and spiritual good without entering into conflict. Muslims in Europe should now make this transition. The fact of being in Europe could help them make this passage. Until about 10 years ago, I thought the crucial point for the development of Islam was the Middle East, especially Lebanon.  That remains very important, obviously, but I think a lot of the challenge will play out in Europe.”

Scola said what is needed is what he calls a metissage or crossbreeding of civilisations that is a continuing process, not a set goal. “I’m not arguing for syncretism” he said. “We have to conceive of laïcité in a new way, as a civil society in which all people  offer their ideals of life and ways of conceiving the material and spiritual good and try to find common ground. In this sense, one should avoid the abstract idea of multiculturalism, which hasn’t worked either in Britain or in France.”

The cardinal said Muslims should be active citizens in Europe and not try to keep a distance from society around them. “This is the way Christians (in the Middle East) do it. They have churches ant their communities, but when they enter into the life of the city of man, they enter as citizens.”

“The strength of religion is to propose a concrete universal ideal, in contrast to the formal conception of laïcité that only refers to a charter of human rights that is often reduced just to formal principles. It leaves problems unsolved … it neutralizes all public experience of religion so that, in the words of the German Idealists, it creates ‘a night in which all cows are black’.”

Many Europeans are tempted to see laïcité, as the French call the strict separation of  church and state, as “a neutral and empty place and pretend that religious people behave like atheists,” Scola said. “That’s an abstraction that in the end will not bring much luck to Europe.”